Noir mayhem in 1935 as the UCLA Bruins’ great fullback “Texas Ted” is unmasked as a ringer after scoring all the points in the historic 7-6 victory over Stanford, even as UCLA's and USC's boosters clash in the oilfields. In the second piece, The Last Posse—also fact-based—Texas Sheriff Jim Groves chases outlaw Frank Holloway in 1922. 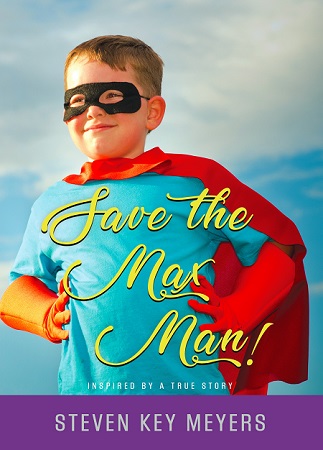 Save the Max Man!

A Novella Inspired By a True Story

Although 13-year-old Max’s spinal surgery leaves him paralyzed and on a ventilator, his prognosis for full recovery is good—so long as he gets to rehabilitation promptly. But his insurance company’s demand for a $6,000 copay grounds the mediflight. Whose greed is in play, anyway? 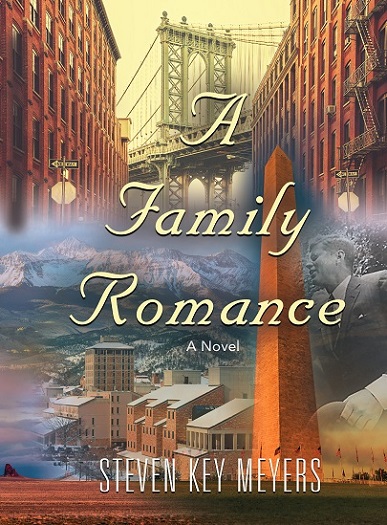 Tasty takes on American life over 40 years, as seen through the remarkable careers of journalist Nat Handler and his wife Viv Handler. 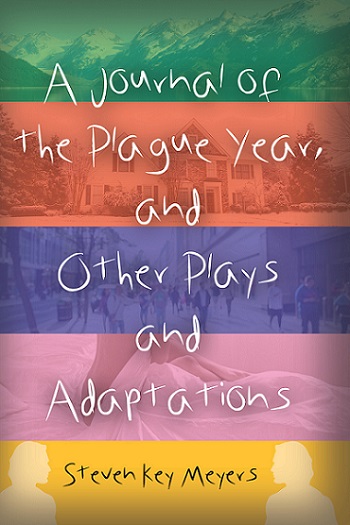 A Journal of the Plague Year,
and Other Plays and Adaptations

Here I collect plays I wrote before turning novelist, including the title piece (as a pandemic offering, read the .pdf here,), an antic one-man adaptation Chesterfield to His Son and Dr. Knox and Mr. Banner, which examines same-sex desire in 1851 London. 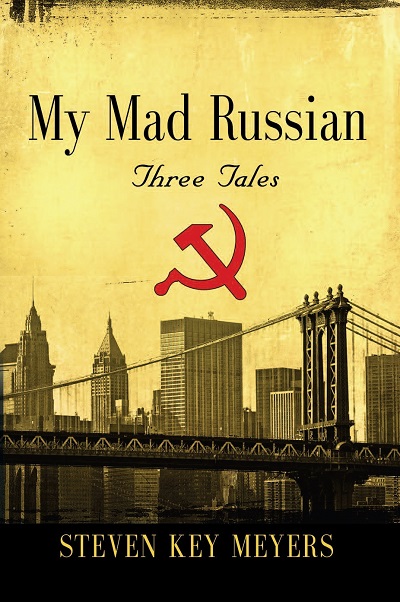 My Mad Russian: Three Tales collects my three tales about Westchester County’s legendary Caramoor estate. The title piece fictionalizes its founders’ true-life connection to Dr. Léon Theremin, inventor of the first electronic musical instrument, and his unexplained 1930s disappearance. Another’s Fool continues the story during the Cold War, and I Remember Caramoor is a memoir of my 1970s stint as Caramoor’s teen-aged underbutler as it began transitioning from private mansion to public resource. 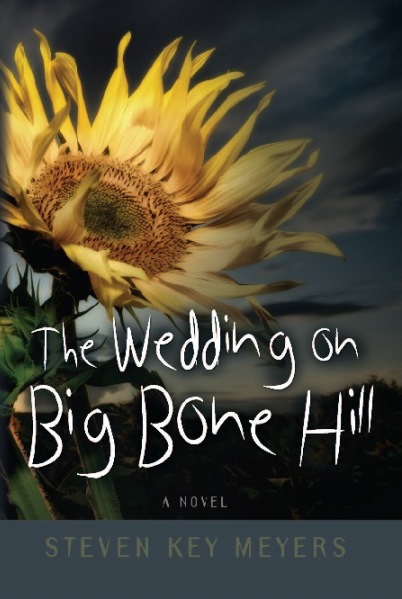 The Wedding on Big Bone Hill

A fable of the RV lifestyle in a Kansas Eden, complete with serpents! Also the novella Junkie, Indiana (originally published in 2016) about addict teenagers in an Indiana trailer park, and the sweet Cordelia, who, refused an abortion after being raped, takes the only decisive action she can. 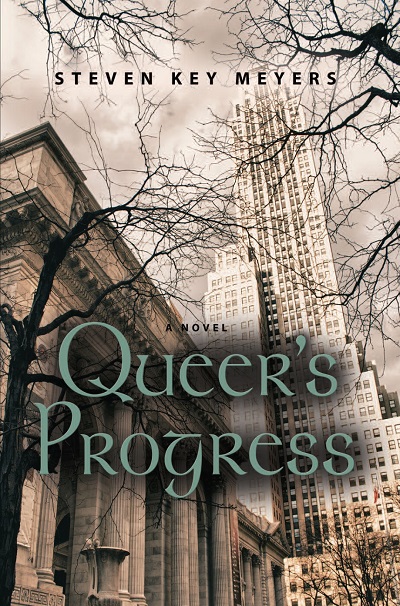 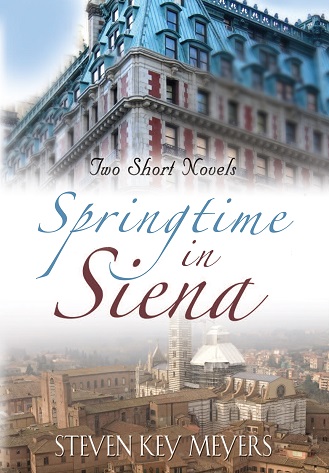 The title piece follows a hungry young academic leading a semester-abroad group to Tuscany. In The Man Who Owned New York, Albert’s a new curate in Manhattan’s richest Episcopal parish in 1907 when a Kansas farmer claims title to the church’s property, forcing Albert to weigh what he really wants out of life. 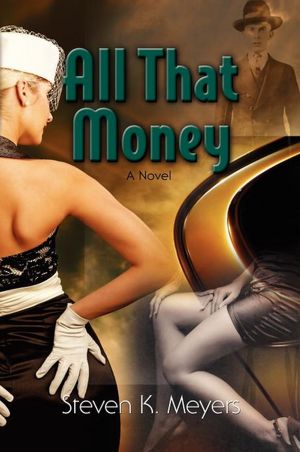 A Novel Inspired by Real Events

Inspired by the 1934 kidnapping of heiress Alice Speed Stoll, All That Money is a fast-moving, rollicking ride with Lucie and Harry—and Special Agent Joe Albright sniffing out the trail! 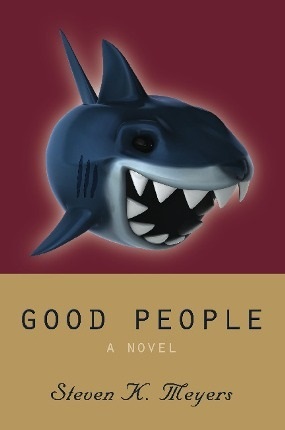 A fast, funny, heartfelt story about the 1980s comedy-club boom—by One Who Was There.

“The first published examination of the works of Harvey Joiner!” — 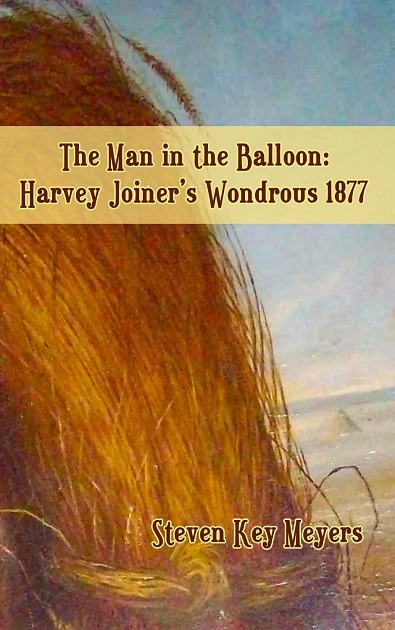 The Man in the Balloon:
Harvey Joiner’s Wondrous 1877

My lively biographical study, impeccably researched and copiously illustrated, is the first about Harvey Joiner, once a famous American painter.

It brings Joiner to life as a 25-year-old prankster in the rip-roaring river town of Jeffersonville, Indiana. The witty wood-engraved advertising images he’s produced since he was a teenager ceasing to sell, he begins to paint the pictures he’ll become known for—landscapes filtering through personal responses and meanings the light falling from the forest canopy—while promoting himself nonstop.

But Joiner will stave off adulthood a little longer with a series of pranks, launching hot-air balloons of increasing size, until his masterwork—seen to be carrying a man in its basket—soars across the Ohio River and over the rooftops of Louisville, Kentucky.

Before his wondrous year is out, Joiner wins the commission of a lifetime and paints his enormous masterpiece, Ruth Gleaning in the Fields of Boaz, for the Christian Church in Utica, Indiana. Analyzing the Bible story of how Ruth achieves security, he places the young widow in harvest fields at day’s end, a moment of respite he makes personal by recalling his own widowed mother’s dilemma and depicting the fields of his boyhood.

I was born on a farm in western Colorado, earned degrees in English Lit at New York’s City College and Columbia University, currently live in the Midwest, and can sometimes be reached at stevenkeymeyers@stevenkeymeyers.com.

Completing my pandemic project of republishing my books through The Smash-and-Grab Press left me with an orphan: The original edition of My Mad Russian: Three Tales included two short pieces left out of the revised edition; here in .pdf is one of them, an amusing story about gaming the California lottery, Big Luck.